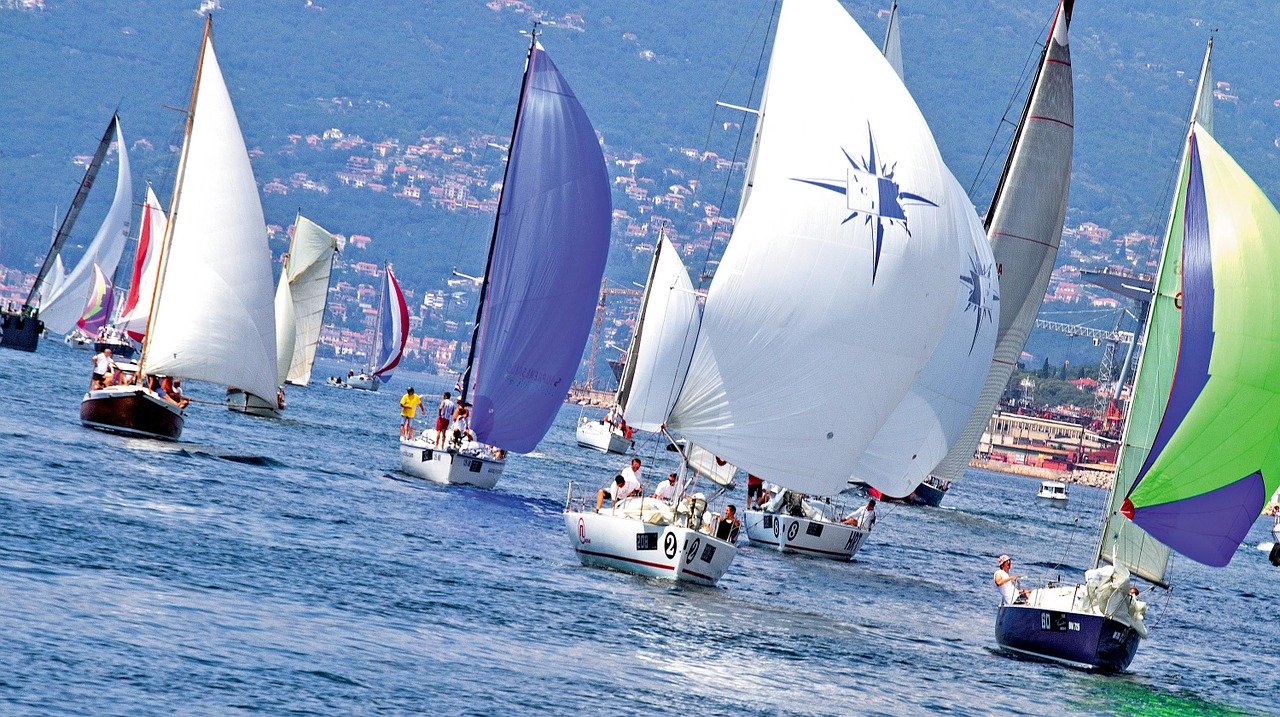 Sailing, yacht, catamaran … There are many types of boats with which you can navigate. Navigation was developed mainly in those countries where access to the sea, its geographical location and climatology facilitated and encouraged this practical practice. The presence of shipyards in these countries, added to the economic level of the country, which allows or does not allow access by a significant part of the population to boats, is what ends up promoting this sport in certain parts of the planet.

However, having the ability to buy or rent a boat is not enough. There are many expenses that will be necessary for the practice of this sport that must be taken into account, from classes to learn to navigate and obtain the necessary degrees, depending on the type of boat, to accessories for boats, such as a boat gangway, an anchor and anchor chain, or all kinds of elements to improve navigation, ensure good maintenance and facilitate life on board.

Sports sailing is originally a water sport, where competitions are held on boats or sports equipment (for example, boards) that move under the influence of the wind. These are sailing boats such as sailboats, catamarans or optimists.

Sailing competitions are held at high speed, trying to make the most of the characteristics of the boat and the weather. The start of the sailing race is done in a group, taking place at the same time for everyone. From their mooring to the starting line, they can maneuver as they wish, but until the start of the competition they must not cross the line between the two launch buoys. After the start signal, sailboats can cross the starting line and move along the set distance to the finish line.

The distance to be covered consists of several buoys that must be passed in a certain sequence, passing through each of these buoys on a certain side, as indicated by the competition organizers. The winner is the one who passes all the buoys in the correct sequence and reaches the finish line from the right side and faster than others. For boat competitions with different speed characteristics, a disadvantage is sometimes introduced: a set of individual boat coefficients and a formula for counting the time it has traveled.

Difficulty of the race

The degree of difficulty of sailing races consists not only in the technique of controlling the boat while maintaining maximum speed, but also in the fact that for a sailboat the direct route from one buoy to another is not always the fastest And if you also have to fight an unfavorable wind and sea, the skill of the navigator becomes even more essential than the boat itself. There may be different currents, the speed and direction of the wind also vary in distance. In addition, the speed of the boat varies according to the angle in which the wind direction goes. Therefore, it is not only a competition for speed, but the ability to see, anticipate and correctly use currents and changes in direction, and the force of the wind at a distance, as well as optimally plotting a course for that the lengthening of the distance due to an indirect path from one point to another can be more than compensated.

Ranking in the competition

Sailing competitions are generally held on sailboats of the same design and consist of one or a series of races, which together are called regatta. For each race, each boat occupies a place, and this boat is assigned the number of points according to its position in the race. The winner of the regatta is the one who wins the most points according to the results of the races that make up the regatta.

Competition boats are generally built according to a design and according to well-defined rules. These ships are considered to be of the same class.

However, ships in each class may differ from each other and may be adjusted differently. On boats, you can change the tilt of the mast, the aerodynamic shape of the sail, the angle of the sail to the boat and the wind, the tilt of the sailboat, and a host of other parameters. The material and cut of the candles may also vary. The speed of the sailboat largely depends on the configuration, management techniques and crew qualities. Each crew adjusts their yacht for its weight, height and management, as well as for the specific conditions of the waves, the force of the wind and the course of the boat.

For large sailboats, it is not always possible to build all ships strictly according to the same rules. So each boat is then measured according to a set of parameters and then special coefficients are calculated using a formula that recalculates the distance the boat can travel, to then compare the calculated times for all participating yachts. These competitions are called «handicap races».

Among the most prestigious sailing competitions among large sailboats is the America’s Cup. The Cup winner determines the class of sailboats for the next Cup cycle. As a result of scientific, technical and technological research during the races in the America’s Cup, many new technologies and materials appeared, which are now used successfully. in the aerospace, naval and other industries.

In the Olympic program, sailing competitions first appeared at the 1900 Summer Olympics in Paris and have since been included in the program for each subsequent game. Competitions are held on various classes of yachts. There are competitions between women, men and mixed teams. In total, at the 2017 Olympic Games, 10 competitions were held in different sailing categories. 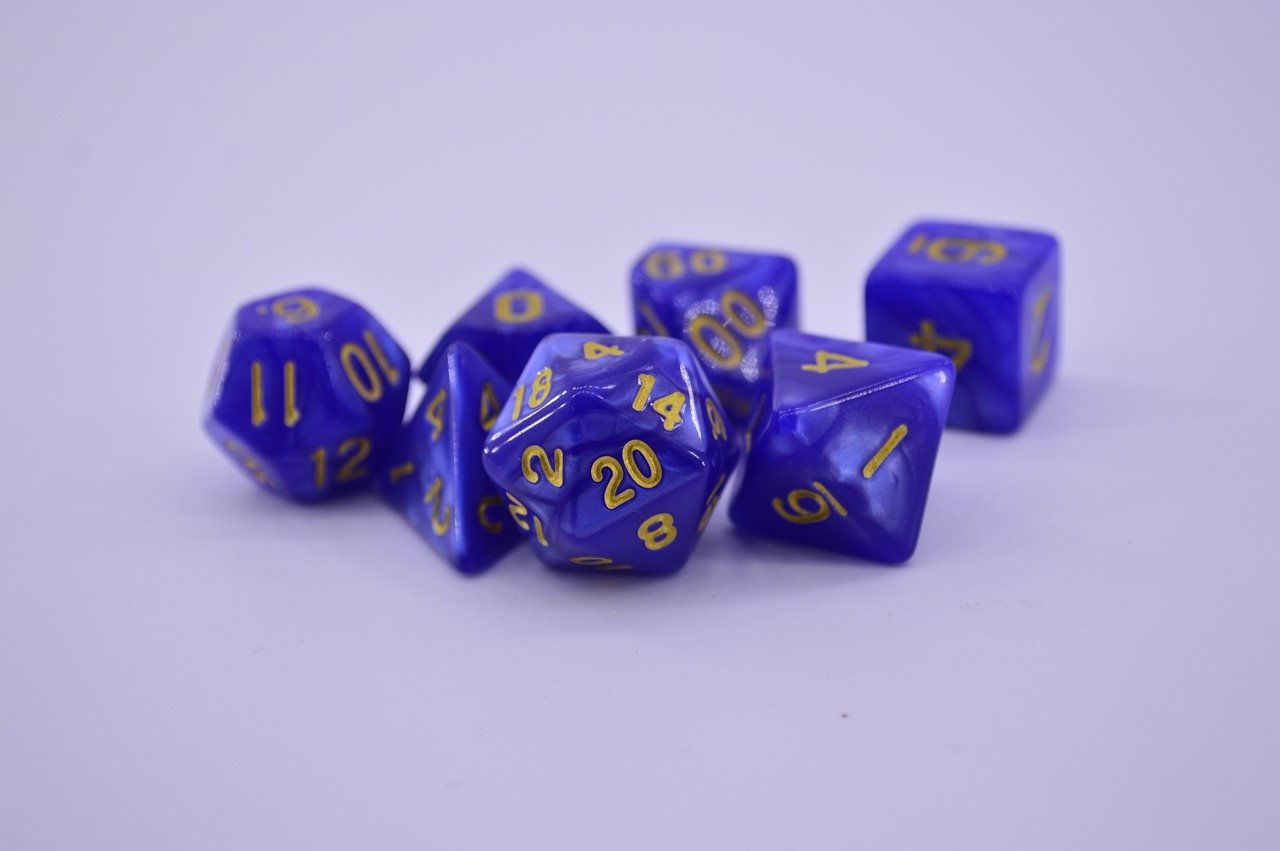 If you are a very curious person and hungry for knowledge, to reveal all the secrets of the world, then you have come to the right place, because we will tell you something that you may have wanted to know for a long time, especially if you are a role-playing game player or collector.

The dice are an element that is part of different games and activities, whether they are table games, in casinos, and most especially, dice are used in role-playing games, among others. However, there is not only one type, but many, there is also the virtual dice. The purpose of this article is to tell you more about these and, in the end, to know all that exist.

What types of dice are there?

Dice have been with us for a long time, and they are present in many of the activities we enjoy doing, such as role-playing games, casino games, or simply collectibles. Therefore, it is important that you know what types exist, both physical dice and virtual dice.

To start, we will mention the most traditional or well-known of all, the six-sided die. This has a cube shape, decorated with dots that, placed in pattern, add amounts from 1 to 6, since it has this number of faces.

In fact, this type of dice is the most popular of all, because due to its composition and shape, it is ideal for different types of games, either in casinos with official money bets, or simply for leisure with family and friends. There are many purposes and uses for this particular type. You can also get them as virtual dice.

This is a type of die less known than the previous one, and it has a different shape, since it is a tetrahedron. In other words, it is a polyhedron that has four faces.

This particular type of die is widely used by people who play role-playing games, and it is very fun to use. As for its design, this looks like a pyramid that has up to 3 numbers on each and every one of its faces.

In general, the greatest popularity of dice comes from role-playing games, since they offer many possibilities depending on their design and the number of faces. On this occasion, we will talk about the eight-sided dice.

This data in question is widely used for role-playing games, since it has 8 faces, distributed in an octahedron. It is also important to mention that its design is extremely beautiful and attractive, ideal for collectors. A detail that you should know is that if you add all their faces, the result you will get will be 9.

This type of data receives many names, and some of the most popular are the decahedron, pseudo polyhedron and trapezohedron. It is mainly characterized because it has up to 10 faces, and a rule that it has is that «0» is going to represent the value of «10».

If you wonder where this type of dice is used, you should know that it is the fundamental piece of many role-playing games, due to its many possibilities.

Also known as D12 or dodecahedron, it is one of the most interesting types of dice, as its design is very different from what we are used to seeing in games. However, it is also widely used in specific role-playing games.

Known as D20, it is a polyhedron that has 20 faces, and is also characterized by having some small triangles on its sides.

This dice is generally used to test players’ ability, as it has many different numbers of values ​​on their faces.

Although this type of dice is not usually used much, the truth is that it is one of the most sought after by collectors. As its name says, it is a dice that has up to 120 faces, where each one has a written number.